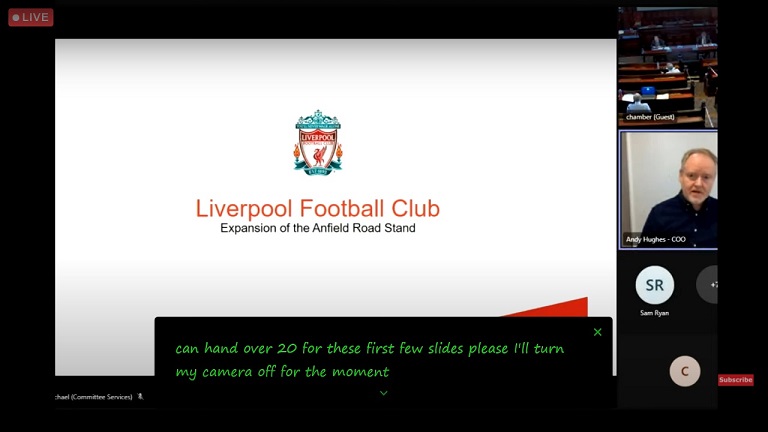 On 15th June 2021 Liverpool City Council’s Planning Committee (who can be watched in the video above) on a majority vote (6:2) approved a planning application to increase the capacity of Liverpool Football Club’s Anfield Stadium (the Anfield Road Stand) by a further 7,000.
END_OF_DOCUMENT_TOKEN_TO_BE_REPLACED

What were the 4 extra proposed planning conditions about trees on the controversial Saughall Massie fire station planning application?

What were the 4 extra proposed planning conditions about trees on the controversial Saughall Massie fire station planning application?

In an update to 13 councillors on Wirral Council’s Planning Committee agree to site visit over controversial Saughall Massie fire station planning application (APP/17/00306) I thought it would be a good idea to report on an aspect of this planning application that has so far been unreported.

After the agenda for the Planning Committee was published, an extra petition (in support) of the planning application for a fire station in Saughall Massie has been received by Wirral Council of 27 signatures.

I include scans of the late list for the last Planning Committee meeting that also includes extra information on APP/17/00126 (which was refused) and APP/17/00401 (which was approved).

I have been contacted by a resident about the Save Our Forests campaign which is regarding the government’s plans regarding the Forestry Commission. Locally Lib Dem councillors recently voted to increase the size of the Bidston Hill site of biological importance (which is a material consideration when deciding planning applications). Also Norman Street and Upper Brassey Street have had fifty trees planted (which makes both streets look more pleasant). The current position of the Lib Dems (and the coalition government is outlined below).

The government wants to resolve the current conflict that exists within the Forestry Commission as it’s a supplier of timber and regulator of that industry. The forests will be protected for future generations, although commercial interests may get forest land this will be in the form of a lease with strict protections built in rather than a direct sale of the land.

Public access and biodiversity will be protected and there will be safeguards to protect the public interest. First refusal will be given to community bodies and civil society organisations. Land owners will still need a licence for felling more than five cubic metres of growing trees. 70% of England’s woodland is already in private hands, the Forestry Commission controls 18%. The overall aim is to allow those who live closer to the forests greater powers to protect them.

When in government Labour sold over 25,000 acres of woodland with barely any protection. However the Lib Dem/Conservative government will put in place safeguards to protect public access, the natural environment and the interests of local communities.

The government is also planning to plant one million trees in urban and suburban areas in the next four years, which will be the first government tree planting campaign since the 1970s. There is a consultation process and the Coalition Government is trying to reassure the public that they will protect our forests better than ever before.