The agenda and reports for this meeting can be found on Wirral Council’s website.

The Chair Cllr Paul Doughty welcomed people to the Employment and Appointments Committee meeting, he asked for any declarations of interest. No declarations of interest were made. He said he had received apologies from the Lib Dem spokesperson Cllr Mark Johnston and it would be possible that Cllr Harney would arrive in his place.

He gave those on the committee extra time to read the minutes of the meetings held on the 7th February and 14th February (copies of which had been handed out) as these hadn’t been included in the reports pack. Cllr Jeff Green asked if these had been published on the intranet, an officer answered that they had. Cllr Jeff Green then asked when they had been published. The officer said they hadn’t had a meeting since the 14th February, there was due to be one [on the 11th March] but it had been cancelled. The Chair asked if there were any matters arising, nobody raised any so the minutes were agreed.

Cllr Green asked if the dates of the meeting were correct, the Chair said they were right in his diary. Tony Williams (Human Resources Manager) pointed out a correction to be made to the minutes. The Chair asked if they were happy for him to sign the minutes?

The Chair said that agenda item 11 on Monitoring Compromise Agreements had been dealt with in the open part of the meeting last time and he proposed the same at this meeting.

Cllr Green said they were simply appendices and he couldn’t spot anything specific.

Chris Hyams said that referring to item ten, she was recommending it stays exempt. Cllr Jeff Green said that it didn’t identify people, but Chris Hyams disagreed and said individuals could be identified. Cllr Green asked how anyone would do that as he could see no reason at all for it to exempt as individuals would be really difficult to identify. Chris Hyams said that the report had been consistently exempt and individuals could be identified. The Chair said for consistency they would continue with item 10 being exempt. Cllr Green asked how you could see who the individuals are?

Cllr Chris Jones said that people know who’s on the redeployment register so they would be able to identify them. Surjit Tour said that the test was if through reasonable inquiry they could work out who the individuals were or could enable their identity to be revealed.

Chris Hyams said that when the numbers were lower it was easier to identify individuals.

The Chair moved the meeting on to item 3 (Managing Attendance).

The agenda and reports for this meeting can be found on Wirral Council’s website and this blog post includes video of the meeting. 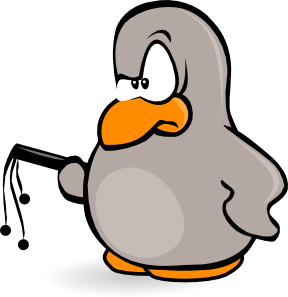 Peter Timmins introduced the month 10 report on the overspend. He started by saying that they’d added £1 million to the budget of Adult Social Services, increasing the original overspend from £17 million to £18 million, however due to the spending freeze the overspend was down to just over £7 million, but that the month eleven report was just about to go to the Chief Officer’s Group which would add a further £200,000 reduction to the overspend.

Part 3 (page 9) of the report detailed the risks of overspends in adult and children’s social care and how they were in talks with Cheshire West and Chester Council about shared services. He felt they could do more on procurement to generate savings and clamp down on “rogue purchasing”.

Cllr Gilchrist asked when the report on bad debts would be reported? Peter Timmins said it was going to a Special Cabinet meeting on the April 18th and that it had led to some interesting discoveries about the Pension Fund. He said they were looking at the processes involved.

Cllr Gilchrist asked about the changes in month ten compared to month nine. Peter Timmins said he would give Cllr Gilchrist the budget book which showed three years budgets which he hoped to have ready by the middle of April as it was now in draft form. They had also done a budget training session for councillors and planned to do more of these and were also training officers in budget management with aids to budget management put on their website. He described sending officers to budget management training courses using the metaphor of sending sheep to be dipped.

Mr. Surjit Tour reminded those present that there was no longer a legal requirement for a Standards Committee and that its terms of reference could be dealt with by another committee.

Cllr Foulkes again referred to the independent members of the Standards Committee.

Cllr Tom Harney referred to an agenda item on the Improvement Board put forward by the Chief Executive which was a scheme for a new Council. He said that “they should make sure they have a system that people out there understand”.

Cllr Hale said they weren’t making a decision tonight, but it would go to the next Working Party as they didn’t have the detail before them.

Cllr Abbey wanted the Working Party to put in timescales on actions taken in response to complaints and referred to a previous complaint that had got lost in the system for two and a half years.

Mr. Surjit Tour said that Cllr Abbey was referring to the old system which had been replaced in July and that the new protocol which had picked up the points raised by Cllr Abbey ensured flexibility.

There was more discussion on the matter until Cllr Hale said he had no objection with the Standards Committee continuing until the Working Party had completed further investigations and reported back. This was agreed.

Councillors then agreed the changes to the Members ICT Policy and the meeting finished.

The Chair welcomed and gave apologies for Cllr Denise Roberts, Cllr Chris Blakeley, Cllr Leah Fraser and Cllr Les Rowlands. No declarations of interest were made. Cllr McLaughlin pointed out a correction to the minutes of the meeting held on the 19th November 2012, in the section “Report of the Member Steering Group” a date of 3rd July 2013 should have read 3rd July 2012.

Mr. Tour said that the minutes of the Standards Working Group detailed its discussions of the 4th February 2013, the key item for discussion was the Members ICT Policy. Some amendments had been put forward to the ICT policy.

The Standards Working Group had recommended that the three Group Leaders be asked if the Council should continue with a Standards Committee, Mr. Tour had received a response back only from Cllr Jeff Green. A page was circulated detailing which Merseyside authorities had continued with a standards committee and which had not.

The Chair said he’d consulted his leadership, who thought they should have a Standards Committee, even if it only met once a year. He thought the Working Group meeting on the 22nd April should maybe be brought forward.

Cllr Hale said he hadn’t quite catch what was said by Surjit Tour that the response from the party leaders had been. Mr. Tour said that the only written response had been from Cllr Green, who didn’t see the need for a Standards Committee. The Chair said that the response from their Leader had been to retain the Standards Committee, as he (the Chair) thought it was better to have something in place versus nothing.

Cllr Foulkes said, “I tend to try and think about these sort of things, not how we as insiders view things, but how the world outside may view it and certainly there’s no doubt that the Council’s been through a rough time recently in terms of how the way people view it. Time is everything in politics and the way you do things, that whether the signal of we’ll lose the Standards Committee, at this point in our evolution, if we are getting better and at some point we are, then we value being able to say, ‘Well we don’t need a Standards Committee, as we’re that much better that there’ll be less work to do’.”

“However what I do welcome about this Committee is the view of the independent members being on it and to the outside world, one independent view of how we do business and how we conduct ourselves, we may by default like some other councils do for entirely the wrong reasons lose, throw the baby out with the bath water, so my view is that we need to keep the conversation going and we may well as savings have to be made have to rationalise committees…. but I certainly think the Standards Committee should not go.”

The full Council meeting to decide the 2013/14 Budget was nothing if not predictable and the papers and reports for this meeting are here.

The Conservative Budget amendment was debated first and proposed saving the day centres and setting a 0% Council Tax rise which would’ve been achieved through savings (reducing amounts awarded to those taking redundancy, 5 days unpaid leave, “leaning Council bureaucracy” and reducing support to councillors.

Not unsurprisingly (despite Lib Dem support) the Conservative budget was defeated by Labour councillors.

The Lib Dem Budget went further and proposed saving a whole raft of services the day centres, youth centres, grants to voluntary groups, school crossing patrols, Birkenhead kennels and ruling out a charge for collection of garden waste. It also proposed keeping the Area Forums and reducing councillors to sixty. This would’ve been achieved through savings in agency workers, reductions in councillors allowances and senior management pay, capping the redundancy payouts, less glossy brochures, reduced audit fees and some other minor savings. This Budget also would’ve led to a 0% increase in Council Tax. The Lib Dem Budget was also rejected.

So the Budget that passed was the unamended Labour Cabinet’s budget recommendation of the 18th February 2013, this Budget will lead to an overall increase in 2% in Council Tax (any higher would trigger a referendum) and includes closure of one of the day centres, cancelling the Tranmere Rovers sponsorship, getting rid of Area Forums, a cut of £1.5 million to the budget for Childrens Centres/Surestart, a cut of £1 million to the Street cleaning budget, a cut of nearly £1 million to the Home Insulation scheme and various other cuts to Council services. For the full details of Labour’s budget you can read the papers on Wirral Council’s website.