What happened at a public meeting of Wirral Council’s Policy and Resources Committee to discuss budget cuts proposals for 2022/23? 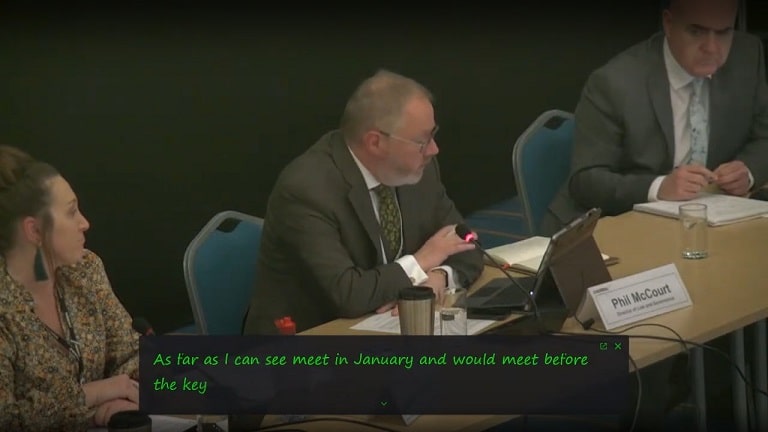 What happened at a public meeting of Wirral Council’s Policy and Resources Committee to discuss budget cuts proposals for 2022/23?

Before this piece on the special meeting of Wirral Council’s Policy and Resources Committee in the interests of openness and transparency I have three specific interests to declare.

1. During the meeting itself I am mentioned (briefly) by name by Councillor Julie McManus as I emailed her prior to the meeting with a combined series of questions, some of which are merely journalistic inquiries, others as I’m a local resident and she’s my local councillor. At the time of writing and publication I have not received answers to these questions yet from Wirral Council but when (and if) I do so I plan to update this piece with Wirral Council’s responses (although you can watch the video below for what was said by employees and councillors at te meeting).
END_OF_DOCUMENT_TOKEN_TO_BE_REPLACED

The author’s wife has a liability for council tax for 2018-19 for a property on the Wirral, so I declare that as a financial interest in the below piece.

I would like to also thank the Bureau of Investigative Journalists (BIJ) for their help in the area of council budgets and this piece.
END_OF_DOCUMENT_TOKEN_TO_BE_REPLACED

A Wirral Momentum petition of 3,297 signatures as part of the Wirral Needs campaign triggered a debate of fifteen minutes at Monday’s meeting of Wirral Council’s councillors.
END_OF_DOCUMENT_TOKEN_TO_BE_REPLACED

At Wirral Council’s Budget meeting in March 2017, included in Labour‘s budget was £225,000 for a webcasting/audio/electronic voting replacement described as “webcasting for committee meetings”.

At the time, the Liberal Democrats opposed this. They stated in their Budget that they believed “that this item should be withdrawn until the costs have been fully investigated and the benefits have been fully assessed and justified.”

In August Wirral Council published two notices in the Official Journal of the European Union. The first notice was published on 23rd August 2017, followed by a change to accept variants. By this point the price had gone up to £275,000 (excluding VAT).

Wirral Council came up with a webcasting Invitation To Tender which asks for the submission of tenders by 12 noon on the 20th September 2017.

11.9.17 ED: Since this article was published, Wirral Council have extended the date for the submission of tenders to noon on the 4th October 2017.

25.9.17 ED: Since this article was published, Wirral Council have extended the date again for the submission of tenders to noon on the 3rd November 2017.

In Wirral Council’s invitation to tender it states, “it must also be fully compatible with the Mod Gov case management solution: http://www.moderngov.co.uk/.

According to the technical information on the Mod Gov case management solution, Public-i and Media on Demand are the only two video webcasting solutions integrated to it.

The contract also requests an electronic voting system for public meetings of all Wirral Council councillors in the Council Chamber. In response to a question, Wirral Council stated that the current system of counting votes by which councillors had their hands up was “unreliable”.

If Wirral Council accepts one of the bids, the contract is expected to start on April 1st 2018 and run for three years.

What did Andrew Roberts answer to questions about the Headteachers’/Teachers’ Joint Consultative Committee at the First-tier Tribunal (Information Rights) hearing (EA/2016/0033)?

At the outset I will make four declarations of interests.

The below is an incomplete record written up from my handwritten notes made at the hearing. The below does not cover some of the sections when I am speaking due to the difficulties in taking notes as doing that you end up facing the paper you’re writing on.

There were some preliminary matters to be discussed at the start of the hearing.