Below are 155 of the invoices I requested during the 2013/14 audit. They range from invoices to the Council’s external auditor Grant Thornton UK LLP, criminal work, a couple of judicial reviews, appealing an ICO decision notice to the First Tier Tribunal (Information Rights) as well as a lot of times Wirral Council have taken parents to court about their children. Some of these invoices I’ve previously written about on this blog, such as about the invoice about appealing the ICO decision notice. Turns out now I look at it more carefully there was a further invoice for £1,008 from February 2014 in that matter too.

Some of the others I’ve already on the blog as I received them in August 2014. However I didn’t publish them in August because I’ve had to go through a process of blacking out all the names (and partial names) of children and parents.

Added in green to many invoices are the representative (where known) from the list of payments in 2013/14 greater than £500. I’ve also added back in (on some) text which has been obscured by information blacked out on double-sided pages and bled through.

There is an index to all 155 invoices that can be downloaded here. I’ve tried to use the following file format when naming each file “Wirral Council invoice” followed by representative/organisation, amount, date, page number where there are multiple pages for the same invoice followed by invoice number.

Invoices 73 & 74 aren’t published here as they were cancelled and replaced by invoices 75 & 76. There is another batch of invoices I have yet to scan in, which is a mix of invoices for legal services and other general invoices. Below you should find all 155 invoices. 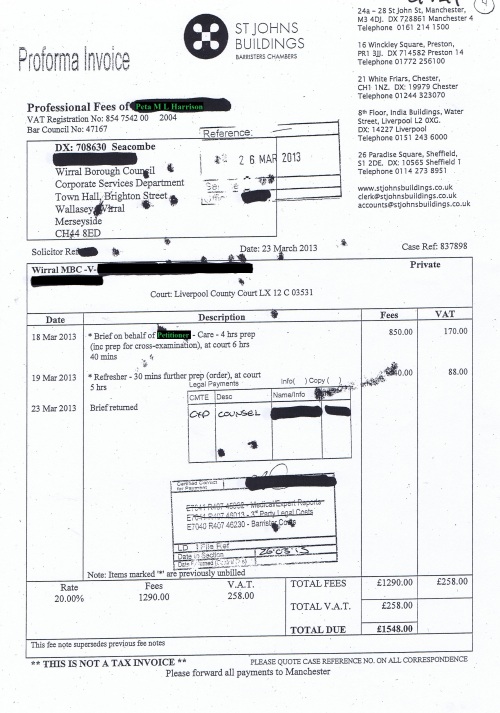 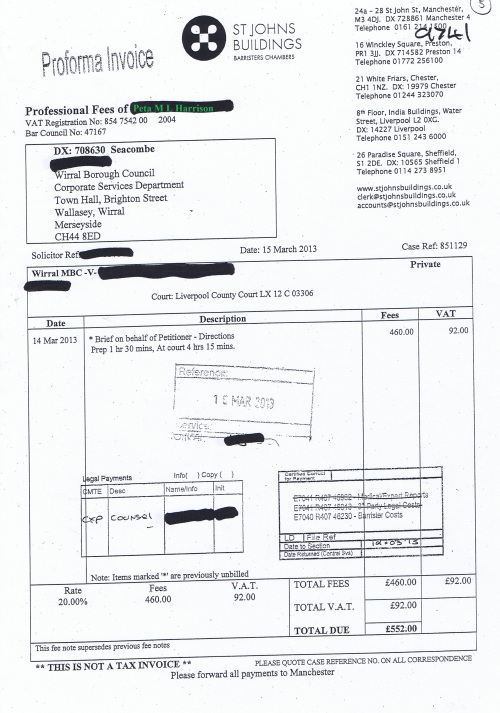 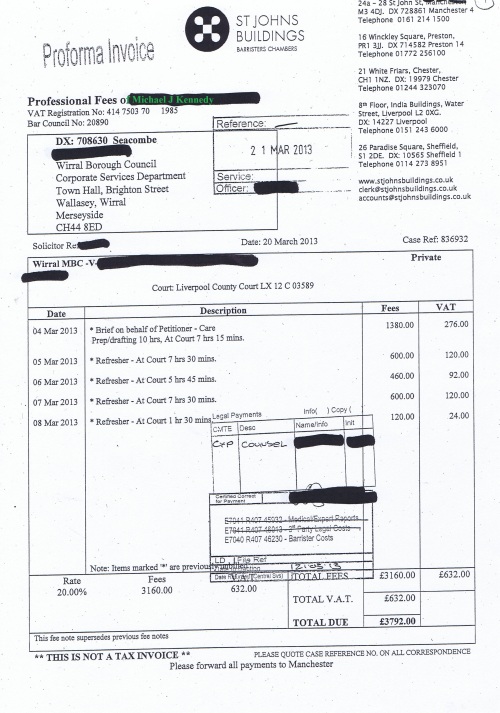 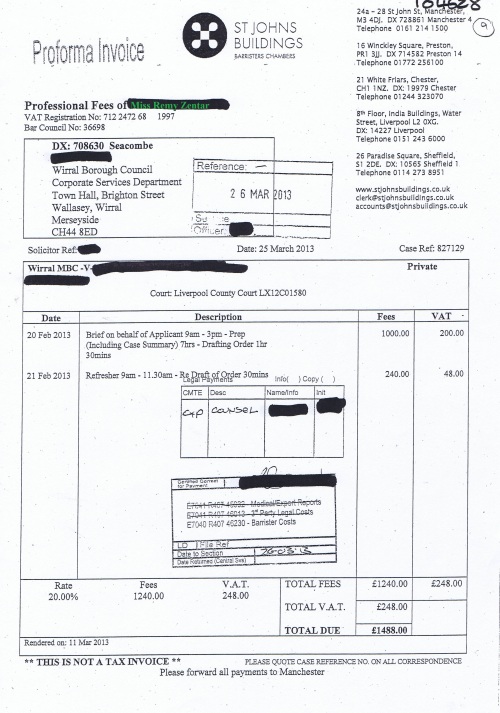