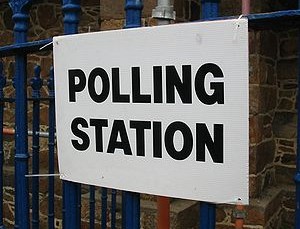 Kate said they had visited the Masonic Hall this afternoon and it was a suitable venue. It cost £350 for hire. Surjit Tour talked about Between2Worlds. He said there were statutory purposes for polling stations and the front entrance at the Masonic Hall was unsuitable for disabled access. However there was no certainty for hire costs with Between2Worlds as it would have to be negotiated.

Cllr Ian Lewis commented. He understood the point made by Cllr Darren Dodd, his concern was that they were looking at maps whereas in practice it was the effect on votes. Wherever it moved, people wouldn’t vote as they’d go to the wrong polling station as it had previously been the YMCA. He said elderly people who had used the YMCA might not find out as not everyone was sent a polling card. He said his personal preference was to accept the Masonic Hall as opposed to the YMCA car park.

Cllr Patricia Glasman said he agreed with Cllr Ian Lewis on the whole, she also wanted the Masonic Lodge, however there was no provision for tellers.

Kate said that other polling stations that were entered directly had no provision and tellers could remain outside.

Kate said yes in answer to his question. There was a side exit at the Masonic Lodge used as a fire exit, unfortunately a ramp over the front steps was not practical.

Cllr Chris Jones asked about the past history of problems about using a Masonic Lodge as a polling station.

Cllr Bill Davies said he didn’t have the details in front of his, but to his recollection each time Masonic Lodges had been proposed as polling stations it had been turned down.

Cllr Ian Lewis said it would be nice if polling stations were suitable for tellers and wouldn’t inconvenience political activists. He still saw the Masonic Lodge as the least inconvenient.

Cllr Steve Niblock proposed, seconded by Cllr Chris Jones that the polling station for WE.

Cllr Sue Taylor proposed and Cllr Kate Wood seconded that the Masonic Lodge be used as the polling station for polling district WE.

There was a vote first on the amendment.

The Chair said if possible because of the time scale, could they make a decision quickly on alternative polling stations?

Cllr Steve Niblock said there was a fall back of Between2Worlds, but he was happy if it was agreed by the party spokespersons.

Cllr Bill Davies said he wanted to advise the committee that with the timing of the local elections, if possible could it wait till March? Cllr Bill Davies proposed and Cllr Sue Taylor seconded that if alternative polling stations needed to be found that it would be agreed by the spokespersons.

This was agreed by the Committee.

Cllr Bill Davies said he would make a start to the meeting and deal with the polling stations and Wirral Award first. He asked for any declarations of interest.

Cllr Steve Niblock declared a personal interest in item 5 as he knew the nominees and one of those nominated.

Cllr Ian Lewis declared a personal interest in item 3 as he is a councillor for Leasowe and Moreton East specifically in relation to polling district TC.

Cllr Ian Lewis also declared a personal interest in item 5 as two of the nominees were known to him.

The minutes of the meeting held on the 10th November 2011 were agreed.

Cllr Chris Jones said she wanted to declare an interest, she declared a personal interest as she is a councillor in Seacombe ward.

Cllr Patricia Glasman declared an interest in item 5 as she knew one of the nominees.

The Committee then considered the report on Polling Districts and Polling Places. Surjit Tour said it was an update to the polling stations, which has been reviewed. Issues had been raised with polling districts WE and TC as they had required further work. The options related to the work.

In Liscard ward, polling district WD Between2Worlds was an option or the YMCA. There were other alternative options that had been looked into too such as the Masonic Hall or Liscard Primary School.

The Chair said the panel had met on Friday and got feedback from ward councillors regarding the Yew Tree online centre.

Kate said they had received no feedback over the Yew Tree Online Centre, but Cllr Darren Dodd had sent them correspondence about Between2Worlds. Cllr Keeley wished to speak on this issue.

Cllr Steve Williams proposed that they agree the Yew Tree Online Centre as the polling station for polling district TC (Leasowe and Moreton East Ward). This was seconded by Cllr Patricia Glasman. All nine councillors voted in favour.

Cllr Keeley said he wanted to be brief, he was disappointed and felt that the polling station should be in the polling district. They had lost the YMCA which was a “crying shame”. He wanted a location that was good for drivers and on a bus route. As much as possible he wanted the committee to find a polling station as close as possible. He suggested the option of the Masonic Hall as it had a bus stop outside and a large car park.

The Chair thanked him for his comments.