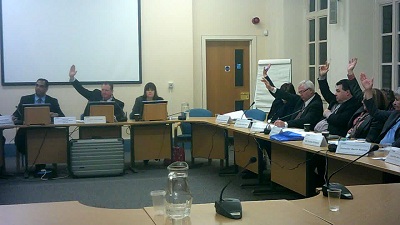 The report for agenda item 8 (Schools Budget Monitoring Report 2013-14) contains some rather interesting information about spending in the special educational needs area of the budget.

For example this quote from that report refers to the budget that goes towards special schools such as Lyndale School (which Wirral Council is currently consulting on the closure of):

Part of the reason for the predicted shortfall of £12,313 is because when the 2013-14 schools budget was agreed (first by the Wirral Schools Forum, then by Cabinet, then by Council) a high needs contingency in the special schools budget was set of £880,000, which as the report states there is a £300,000 underspend of this reserve it was set too high. If this reserve had instead been set a little more realistically and let’s just say for sake of argument the £300,000 divided equally between the eleven special schools on the Wirral, each school would’ve received an extra £27,272 which would’ve meant that there was no deficit at Lyndale School last year and that the deficit this year would be extremely small (~£4,000).

Despite these large underspends in the special educational needs budget of £1.4 million, overspends and underspends elsewhere in the education budget and a contribution of £600,000 to reserves reduces the total underspend to £384,000.

You may well ask what reserve is £600,000 needed for that had been previously allocated for special educational needs? This report on School Private Finance Initiative (PFI) Costs explains the need for a £600,000 reserve. Thirteen years ago a private finance agreement was agreed to by Wirral Council for the rebuild/refurbishment of one primary and eight secondary schools on the Wirral. Variations to the agreement were then agreed for the construction of two City Learning Centres. This PFI contract was originally for 25 years, but then extended for a further two years in 2004.

Wirral Council pay amounts to Wirral School Services Limited for the PFI costs according to the contract signed. The annual cost this year will be £11 million, which is offset by a government grant of £5.5 million a year. The PFI schools pay their share of the PFI facilities management support services costs which comes to £3 million a year. However this still leaves £2.5 million.

Officers are proposing that £600,000 of the underspend (money that was originally allocated for special educational needs) should be put towards PFI costs. The rest will be have to be found from permanent savings in the Schools Budget.

So who was Cabinet Member for Children’s Services when the PFI agreement was agreed in 2004, that may result in money that was agreed for the education of children with special educational needs being diverted into the profits of a private company? The Cabinet Member for Childrens Services from 2000 to 2009 was Councillor Phil Davies, the current Leader of Wirral Council.