Norman’s bill just keeps on rising, £7,883.88 for external legal advice on setting a budget when he wasn’t there

Norman’s bill just keeps on rising, £7,883.88 for external legal advice on setting a budget when he wasn’t there

For some reason in 2013, at Wirral Council someone decided to ask Frances Woodhead of Eversheds (a legal firm) for advice. Ironically (considering what happened to Bill Norman) she lists on Evershed’s website her experience on “Advising on sensitive senior officer dismissals” and her experience as “Director of Legal Services at Sheffield City Council”.

Now this however is the interesting point, Bill Norman as regular readers of this blog knows left Wirral Council getting a payment of £146,416 in September 2012 and the Investigation and Disciplinary Committee found “no case to answer”. So after this point he was no longer an employee of Wirral Council.

Yet these invoices relate to advice given in February 2013 for the 2013/14 budget, five months after Bill Norman was no longer employed by Wirral Council! Were Eversheds not told he had left? Who was Frances Woodhead advising if it wasn’t actually Bill Norman as stated on the invoice (who was no longer employed by Wirral Council)? The invoices quite clearly show travel expenses of £61.40 which means somebody must have travelled somewhere to meet someone (who obviously wasn’t Bill Norman)!

What was it about the 2013/14 Budget that required nearly £8k of legal advice anyway?

The minutes of the Investigation & Disciplinary Committee on the 20th August 2012 had been published on Wirral Council’s website.

The Chair, Cllr Ann McLachlan asked if the minutes were agreed?

She pointed out that this was missing from the minutes.

The Chair, Cllr Ann McLachlan said it was fine as Mr. Penn was “in the building” [see above photo of Richard Penn waiting in lobby, Ground Floor, during agenda item 4 (not the room the meeting was being held in)]. She thanked Cllr Lesley Rennie for pointing this out. There were no more comments on the minutes of the meeting held on the 20th August 2012, so the Chair moved the meeting onto agenda item 3.

3. Exclusion of the Press and Public

The Chair expressed her opinion that the press and public should be excluded from the meeting for agenda item 4. She expected the two members of the public to leave, however a member of the public waited for the Committee to agree with this opinion. The reason she gave was that it related to “staff”.

The two members of the public left.

Only Chris Hyams and Tony Williams were present at the start of this item.

The reports were about the suspensions of Bill Norman, Ian Coleman and David Taylor-Smith, following the decision made at the Investigation and Disciplinary Committee meeting of the 20th August 2012 (agenda item 4).

The agenda for this meeting can be found here.

Cllr Brian Kenny and Cllr Adrian Jones proposed Cllr Ann McLachlan as Chair.
There were no other nominations so Cllr McLachlan was made Chair.

Cllr Dave Mitchell proposed Cllr Adrian Jones as Vice-Chair, however it wasn’t seconded. There was a second valid nomination as Vice-Chair so Cllr Brian Kenny was made Vice-Chair.

Agenda Item 3 – Exempt Information – Exclusion of the Press and Public

The Chair suggested that the public and press were excluded from the rest of the meeting for agenda item 4 (Update in Relation to the Suspension of Council Officers) (reason given – Information relating to any individual and agenda item 5 (Any Other Urgent Business Approved by the Chair) (although there was no AOB).

The Investigation and Disciplinary Committee received an update in a 16-page preliminary investigation report about the matters that led to the suspensions of Bill Norman, Ian Coleman and David Taylor-Smith (but also relate in part to the earlier suspension of David Green).

It related in part to:-

2) The Council’s policies on senior officers declaring interests and whether these had been followed.

3) Various other matters relating to the above four suspended individuals.

The following resolution was then agreed,

“(1) the progress being made in respect of the preliminary investigation be noted; and

(2) the way forward in relation to the three Statutory Officers, as outlined in paragraph 5.6 of the report, be agreed.” 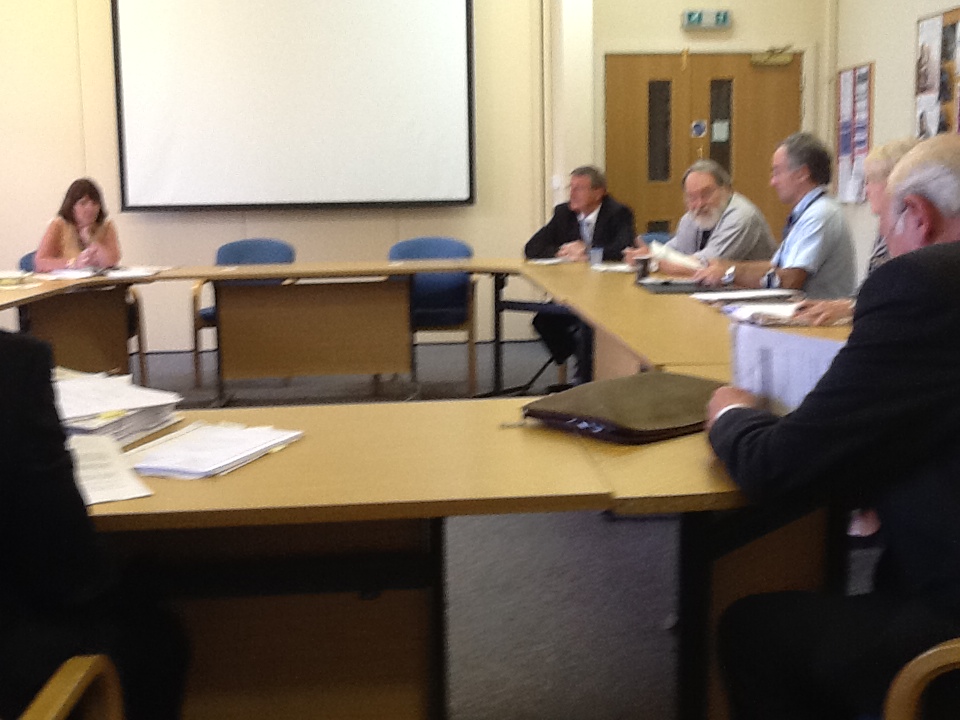