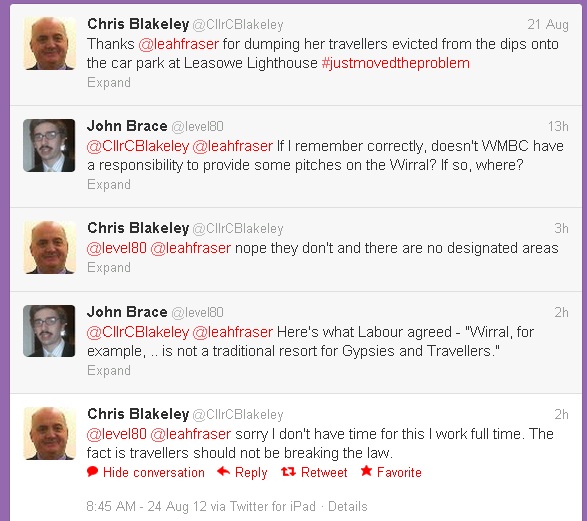 From 1991 to 1994 Wirral Council had a duty to provide up to 15 sites for travellers. The question is where are these sites now? Sadly the law was repealed in 1994.

The ones that stayed in Bidston & St. James near Birkenhead North railway station were only there a short time. I mean the clue is surely in the name, travellers and if you have the patience travellers do move on, it just seems heavy-handed to waste scarce taxpayer resources to compel them to do so or force them to do what they already have done.