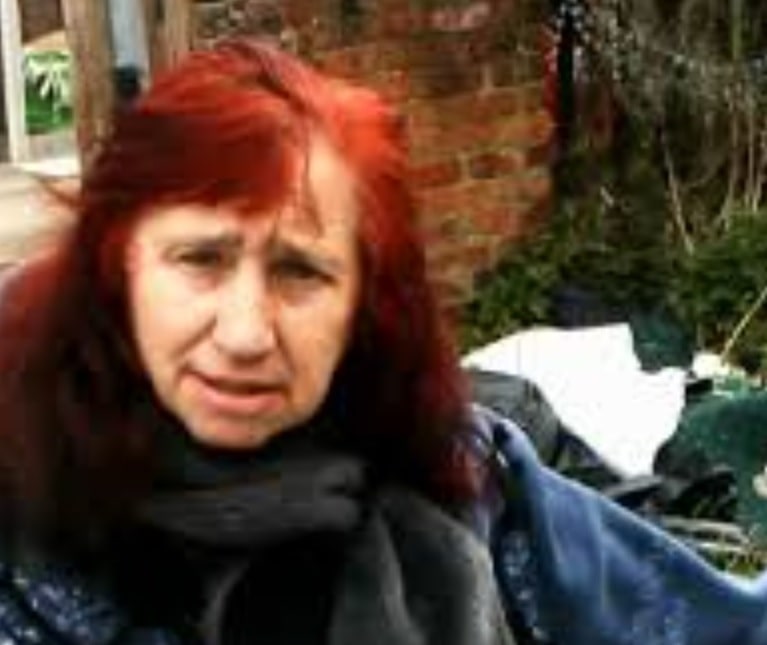 Leonora talks to camera about a local flytipping hotspot

Mrs Leonora Brace who died aged 74 on the Wirral was the youngest of many sisters. She grew up in a very rural part of Canada to a British mother and First Nation father & was always proud of her First Nation culture, language and roots. She was bilingual (her other main language (although not her mother tongue) was Canadian English) with a basic grasp of other languages too.

She had emigrated to the United Kingdom (UK) as a teenager and worked in the UK a variety of different healthcare roles, first as a carer (when she caught tuberculosis), then later she qualified as a paramedic (taking her paramedic exams on audio tape rather than in writing due to her dyslexia) followed by a long career as a paramedic.
END_OF_DOCUMENT_TOKEN_TO_BE_REPLACED

What did councillors recommend Mersey Tunnel tolls should be for 2017-18?

What did councillors recommend Mersey Tunnel tolls should be for 2017-18?

Councillors on the Merseytravel Committee of the Liverpool City Region Combined Authority today met and decided on their recommendation for Mersey Tunnels tolls for 2017-18. Mersey Tunnels is the name for the two tolled road tunnels between Wirral and Liverpool under the River Mersey known as the Kingsway (Wallasey) and Queensway (Birkenhead) tunnels.

Three of the four councillors appointed by Wirral Council (Cllr Steve Foulkes (Labour), Cllr Jerry Williams (Labour) and Cllr Ron Abbey (Labour)) were at the meeting and agreed to the recommendation for Mersey Tunnel tolls. Their recommendation was made to a meeting of the Liverpool City Region Combined Authority that meets tomorrow on the 3rd February 2017 to make a final decision.

The recommendation for tunnel tolls (subject to approval by the Mayor of Liverpool and Council Leaders tomorrow afternoon) will take effect from the 1st April 2017.

Tolls are agreed in four “classes” which are set out below.

Class 1
(a) Motor cycle with side car and 3 wheeled vehicle
(b) Motor car and goods vehicle up to 3.5 tonnes gross weight
(c) Passenger vehicle other than a motor car with seating capacity for under 9 persons

Councillors recommended that all liveried emergency services vehicles (such as marked police cars, fire engines and ambulances) continue to be allowed free travel through the Mersey Tunnels in 2017-18.

Below is a table of the tolls recommended by councillors at the Merseytravel Committee meeting today from the 1st April 2017 to the 30th March 2018 for each class of vehicle for both the cash toll and Fast Tag toll.


Further details of how to apply for a Fast Tag can be found on the Mersey Tunnel website.

There is also a concession scheme for Mersey Tunnel tolls for some people with a disability, again details of eligibility and how to apply can be found on the Mersey Tunnels website.

The tolls are opposed by the Mersey Tunnel Users Association who were also present at the public meeting to observe what was decided.

The Isle of Man Today website (which is the website for the three Manx newspapers such as the Isle of Man Courier) reported yesterday that the International Centre for Technology Ltd has "pulled the plug" on a plan to re-use the Conway Building and Hamilton Building (both in Birkenhead).

The Conway Building and the Hamilton Building are both owned by Wirral Council. Manx Education Foundation who had been behind the plans had a minority shareholding in the International Centre for Technology Ltd. However the International Centre for Technology Ltd have since bought out Manx Education Foundation’s shareholding which means the plan for a creative industry training college in Birkenhead will now not happen.

ICT Ltd are instead concentrating on developing a property on the Isle of Man called the Nunnery that they bought from the Tynwald (Isle of Man government) for £5 million that they hope to open later this year.

The now shelved plans for the Conway Building and Hamilton Building were previously reported on this blog and by the Liverpool Echo. News of the plans were first revealed in a report by Cllr Adrian Jones (Cabinet Member for Resources: Finance, Assets and Technology) to councillors last month.

It looks like Wirral Council will have to re-think what they will do with the Conway Building and the Hamilton Building in Birkenhead.

A look back to a fictional Birkenhead in 1894 and how things hardly change!

Queen Victoria is still on the throne and in recent years a railway tunnel between Birkenhead and Liverpool opened in 1886. Mr and Mrs Brace live in the County Borough of Birkenhead in the township of Bidston which is in Cheshire, England.

Mrs Brace is a foreign princess from one of the British Empire’s colonies now called the Dominion of Canada. Mr Brace, a native of Birkenhead edits and owns a small newspaper.

Mr and Mrs Brace sit down to have breakfast together.

MRS BRACE: I hope you slept well, there is much talk in the town about you.

MR BRACE: I’m all ears, what have I done now?

MRS BRACE: Your request using the Public Health Act 1875 to see Birkenhead councillors’ expenses has caused much consternation amongst the political class. They do not approve of you using such modern laws and regard you as a nuisance, in fact Councillor Jones had written a strongly worded letter to a rival newspaper!

MR BRACE: Well dear, I predict that one day Europe will be at peace and the courts will be adjudicating on whether European politicians’ expenses should be revealed. However I fear that will take around a hundred and twenty years. Some things never change!

MRS BRACE: You do have some very fanciful notions my husband! The political class is most perturbed that you have asked for copies of their hackney carriage expenses, the hackney carriage drivers have horses to feed you know!

MR BRACE: Well the voters should know what politicians are doing with their money!

MRS BRACE: But I don’t even get a vote!

MR BRACE: True, true but one day that will change.

MRS BRACE: Do you think the new train to Liverpool will lead to the end of the Mersey Ferry at Woodside?

MR BRACE: Where do you get these strange ideas? No, the trains don’t have the capacity to take everyone who wants to go to Liverpool. The trains carry only 25,000 passengers a day, but the ferries 44,000 passengers a day. It would take at least two further underground tunnels between Wirral and Liverpool to change things! And who has the money to build those tunnels anyway?

If that does ever happen and anybody ever suggests ending the ferry at Woodside I’m sure my newspaper will still be around to report on it then!

MRS BRACE: Well that does sound fantastical. Another two tunnels under the River Mersey? It’s like a Jules Verne novel. I’m puzzled as to where the smoke from the trains go as it is.

MR BRACE: Indeed, anything else?

MRS BRACE: Yes, the new maid is working out well.

MRS BRACE: Oh and before I forget, my relatives in Canada have written to me and tell me that the Americans are experimenting with motion pictures.

MR BRACE: How intriguing, I wonder what the public would make of motion pictures of Birkenhead Council meetings?

MRS BRACE: It is only silent movies at the moment and it will be many years before it is perfected.

MR BRACE: I’m sure politicians would not want voters to see their meetings even as silent movies. They seem to spend a lot of the time shouting at each other and getting very cross!

MR BRACE: Anyway, I had better get back to writing. Thank you for your most interesting insights.