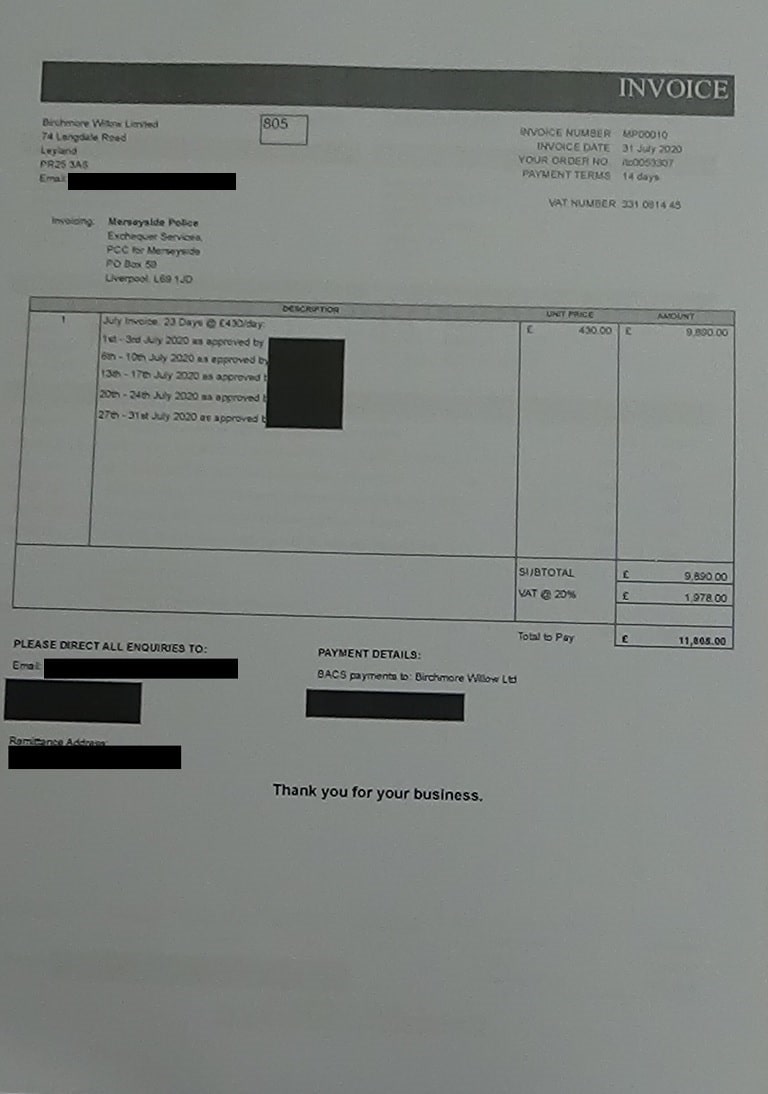 Wirral Council’s Audit and Risk Management Committee meeting held on the 26th September 2016 | The item on the Annual Governance Statement starts at 41m:22

Councillors at a meeting of Wirral Council’s Audit and Risk Management Committee on Monday finally voted to approve an amendment to the Annual Governance Statement for 2015-16 relating to the recent OFSTED report.

Councillors talked about the Annual Governance Statement and amendment to it for fifty-six minutes, followed by an adjournment for twenty-one minutes (so the spokespersons and Vice-Chair could reach agreement on it in the Library), followed by a further eight minutes before it was finally voted on.

This is what was in the amendment:

“ As Members will be aware the Council received a report from Ofsted on 20 September 2016 which rated Children’s Services in Wirral as inadequate.

Given the significance of the issues highlighted the following amendment are [sic] to be made to the Annual Governance Statement:-

The Council received a report from Ofsted on 20 September 2016 which rated Children’s Services in Wirral as inadequate. The report highlighted ‘serious and widespread failures’ in the delivery of services to children who need help and protection in Wirral; focusing on frequent changes in social workers, issues in how partners work together, and evidence of poor records management across a range of areas.

The Ofsted findings have been accepted and the response will deliver major and sustained improvements which are carefully planned and considered.

Later in the same meeting councillors heard from Wirral Council’s external auditor Grant Thornton that because of the OFSTED report, their value for money opinion for 2015/16 would be qualified.

Why am I objecting to Wirral Council’s draft statement of accounts for the 2015/16 financial year?

Why am I objecting to Wirral Council’s draft statement of accounts for the 2015/16 financial year?

Why did 2 missing words from the Liverpool City Region Combined Authority 2014/15 accounts end up costing YOU £4,755?

Why did 2 missing words from the Liverpool City Region Combined Authority 2014/15 accounts end up costing YOU £4,755?

In the interests of openness and transparency here is an email I’ve just written. We’ll see what happens tomorrow morning. You can read the objection that led to the KPMG (the external auditors for the Liverpool City Region Combined Authority) increasing their bill by £4,755 here.

I have read the reports for tomorrow’s meeting and as you are the people on the Audit Committee there to represent the people of Merseyside I wish to make the following points to you.

If you wish me to explain at the public meeting itself why I made the objection I am happy to do so, but as you will understand in this email what I stated in the objection is the tip of a larger iceberg.

As it’s never been made clear to me if the same error in Merseytravel’s accounts was also corrected, I would appreciate an answer to that point.

There are other points about the accounts that I did not raise in my objection, that you as the Audit Committee should be made aware of.

Finally, I am concerned that the system of internal controls at the LCRCA, the external auditor or the councillors approving the accounts did not spot this or the matters relating to my objection.

I hope at the meeting tomorrow you will exercise some scrutiny as to what happened and why and put into place controls to prevent it happening in the future.

P.S. I will clarify what it stated on page 11 of the auditor’s report.

The accounts in their original form didn’t comply with legal requirements. It’s been acknowledged by the auditors and officers they were wrong. The point about the external auditors applying to the court for a declaration that the accounts are unlawful is therefore moot as they’ve been changed.

However it is important that councillors consider the reasons behind the objection in a public interest report, otherwise the people tasked with corporate governance will be in the dark as to what was wrong, why it had to be changed and be aware to check for this next year. I hope I have made this clear.

P.P.S On another audit related note, as the LCRCA now has a website, the Local Government (Transparency Requirements) (England) Regulations 2015 make it a legal requirement that certain information is published on its website (such as payments over £500 for example the payment to the auditors).

Currently this is being done on Merseytravel’s website, which makes it very hard to find the LCRCA payments amongst the Merseytravel ones. I would like the Audit Committee to please find out why this information isn’t published on the LCRCA website as it would aid with better openness and transparency about what the LCRCA is doing.

Below is a copy of my statutory objection to the approval of the accounts of the Merseyside Pension Fund (a £6.9 billion pension fund that form part of Wirral Council’s accounts) which go to Wirral Council and its auditors Grant Thornton.

It’s rather dull and technical, but in the interests of openness and transparency I am publishing it below. It relates to yesterday’s meeting of the Pensions Committee that can be viewed below. I was so cheesed off I made two spelling mistakes in the email (a corrected version is below).

I reckon receiving this email will probably be about as welcome at Wirral Council as someone breaking wind in an open plan office. However such is life! The press are independent for a reason!

I am a local government elector in the Wirral Metropolitan Borough Council area and make this statutory objection to the Pensions Committee approval of the the Merseyside Pension Fund Accounts for 2014/15 (see Audit Commission Act 1998, s.16).

As required I am sending a copy of this objection to the auditor, those I have contact details for on Wirral Council’s Pensions Committee (I do not have an email address for Cllr Treena Johnson), Wirral Council’s Audit and Risk Management Committee and those tasked with corporate governance at Wirral Council such as the Monitoring Officer Mr. Tour, the Head of Pensions Peter Wallach, the Strategic Director for Transformation and Resources Joe Blott and Tom Sault the Acting 151 Officer as well as other relevant people.

As this is a rather technical objection, I provide below a summary of the key points.

However I first need to declare an interest. I have a close family relative who is currently paid a pension by Merseyside Pension Fund, therefore a close interest in the corporate governance of the Fund being done properly.

On the 14th September 2015, I and three other members of the public (two of whom were employed by Grant Thornton and are Wirral Council’s auditors) attended a public meeting of Wirral Council’s Pensions Committee.

This meeting was filmed by myself and published shortly after, see

One of the functions of the Pensions Committee as detailed in Wirral Council’s constitution is to approve the statement of accounts and financial statements of the Merseyside Pension Fund and recommend these to the Audit and Risk Management Committee.

This is because the Merseyside Pension Fund forms part of Wirral Council’s accounts. There is a statutory deadline to approve the statement of accounts for the 2014/15 financial year by the 30th September 2015.

As mentioned at the Pensions Committee itself by one of the councillors this Fund is valued at ~£6.9 billion.

Item 4 and 5 on the agenda of that meeting were the pension fund accounts 2014/15 and draft annual report.

Local Government Act 1972, s.100B(4), is quite clear on the procedure that should be followed in the case of agenda items that are not open to inspection by members of the public five clear days before the meeting.

(b) by reason of special circumstances, which shall be specified in the minutes, the chairman of the meeting is of the opinion that the item should be considered at the meeting as a matter of urgency.

It is clear that the Report & Accounts 2014/15 for the Merseyside Pension Fund did not fall under the description in s. 100B (4)(a) and therefore the procedure in 100B(4)(b) applies. The Chairman of the Pensions Committee Cllr Paul Doughty did not specify at the meeting itself his opinion that the item should be considered as a matter of urgency, nor would the reasons for this be specified in the minutes.

This is an important corporate governance safeguard written into legislation.

Firstly, if the documents are not made available to the public five clear days before the meeting, the public and press cannot scrutinise them. Secondly (as was mentioned at the meeting itself) at least one councillor expressed the view that half an hour was insufficient to scrutinise a highly technical 46 page document.

This is not a one off occurrence. Officers in previous years have frankly played these games of brinkmanship with accounts routinely handed to those tasked with corporate governance to approve on the evening of the meeting itself. The safeguard above in s.100(4)(b) above, details a procedure to be followed if the matter is urgent.

Therefore my objection is that because of what I have detailed above, the Pensions Committee did not approve the statement of accounts for the Merseyside Pension Fund because:

(a) the report was late and
(b) it is clear from the legislation that a procedural step was missed making the decision ultra vires.

I am however not an unreasonable person and suggest the following course of corrective action. If this is followed I will happily withdraw my objection.

i) That the Pensions Committee holds a further meeting between now and 30th September 2015.
ii) The Audit and Risk Management Committee recommendation is altered (agenda item 12 meeting of the 22nd September 2015) to be conditional on the meeting outlined in i) and the same for any Cabinet meeting that has to approve the same item
iii) That at this special meeting it considers the items referred to in this objection in a way that is not open to legal challenge or perceived to be ultra vires and that the information for this meeting is published on Wirral Council’s website five clear days before the meeting.

As Wirral Council’s auditors Grant Thornton will no doubt make clear, the matter that forms this objections needs to be resolved before the accounts are signed off. I look forward to reading and hearing responses to this objection.

However as this is a perceived serious corporate governance failing, I am making this objection public.